Welcome back! Today’s post is the third and final installment of chemistry lessons I have developed for my high school students. We are exploring ionic bonding by customizing a kit from Home Science Tools.

If you have ever mistakenly added salt to your iced tea, you know how similar salt and sugar appear. While these two compounds  may look the same, they obviously taste very different. 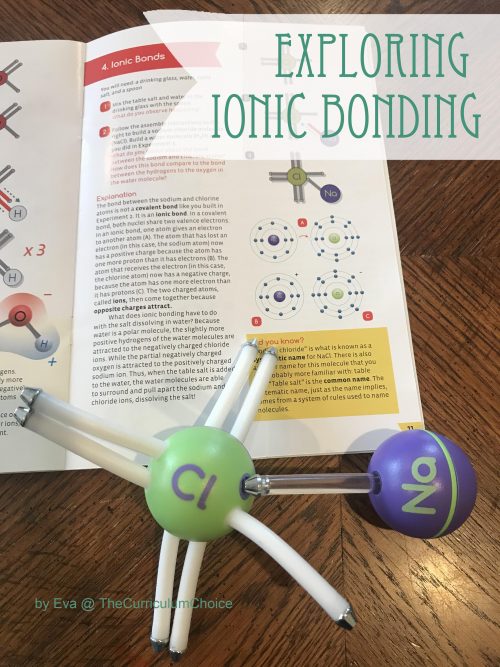 Salt and sugar are also very different chemically. Salt is made up of sodium and chloride and is ionically bonded. Sugar, on the other hand, is composed of carbon, oxygen, and hydrogen and has covalent bonds.

A salt molecule is made up of one sodium atom and one chlorine atom. For salt to be made, the sodium atom must lose an electron and become a sodium ion. When sodium loses an electron it becomes a Na+ and is called a cation.

The chlorine atom must add the sodium’s electron and become a chloride ion. When it adds the sodium’s lost electron it becomes Cl– and is called an anion.

The sodium ion is then attracted to the chloride ion and a bond is formed from the attraction between a positive and negative ion. This type of bond is called an ionic bond. Ionic bonds usually form between metals and non-metals.

Ionic bonding is electrostatic attraction between oppositely charged ions, and is the primary interaction occurring in ionic compounds.

Table sugar or sucrose differs from salt in the bonding between its atoms. The atoms in sugar do not form ions; instead, they share their electrons.

As you may recall from my previous post, the type of bond that forms from the sharing of electrons is a covalent bond. Table sugar has a much more complex chemical structure than those we discussed previously. It is also more complex than salt. It looks like this: 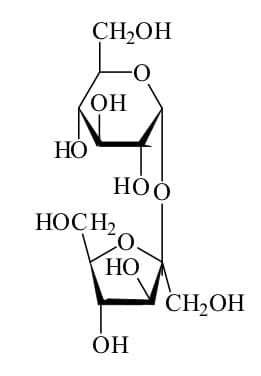 In the first part of this lab you will investigate how ionically bonded and covalently bonded substances behave differently in their conduction of electricity.

You will do this by using a simple anodizing apparatus. A stainless steel screw and an iron nail will be used for the electrodes. In an anodizing apparatus, the water must contain enough ions to conduct electricity. Then the water will react to form hydrogen and oxygen gases.

Since the stainless steel screw is not very reactive, bubbles can be seen coming off of it. The iron nail will react with the oxygen to form iron oxide which is commonly called rust. This can be seen on the nail after the reaction proceeds for several minutes.

In the second part of this lab you will explore the differences in melting points between ionically bonded and covalently bonded compounds. You will do this by placing a small amount of sugar in one small test tube and heating it at different heights over a Bunsen burner. You will then repeat this procedure using salt instead of sugar.

2. What is a covalent bond?

3. Do you thing sugar or salt will melt at a higher temperature? Explain your answer.

Materials for Each Group

In my previous post, we looked at covalent bonding with pencils. Today, we will do a similar activity.

The sugar and salt solutions can be poured down the drain. Rinse the beaker, screw, nail, and stirring rod several times with deionized water. Clean the test tubes with water first and then rinse them with deionized water. They may need to soak for a few minutes in hot water in order to remove the melted substances.

4.  Why is deionized water instead of tap water used in Part 1?

5. In Part 1, why did you not observe a stream of bubbles coming off of the stainless steel screw with the sugar solution?

6. Why do you think you may see a few bubbles forming in Part 1 with the sugar solution?

7. In Part 1, why did you observe a stream of bubbles coming off of the stainless steel screw and rust forming on the nail with the salt solution?

8. In Part 2, which of the substances had the lower melting point? Was this what you expected? Explain your answer. 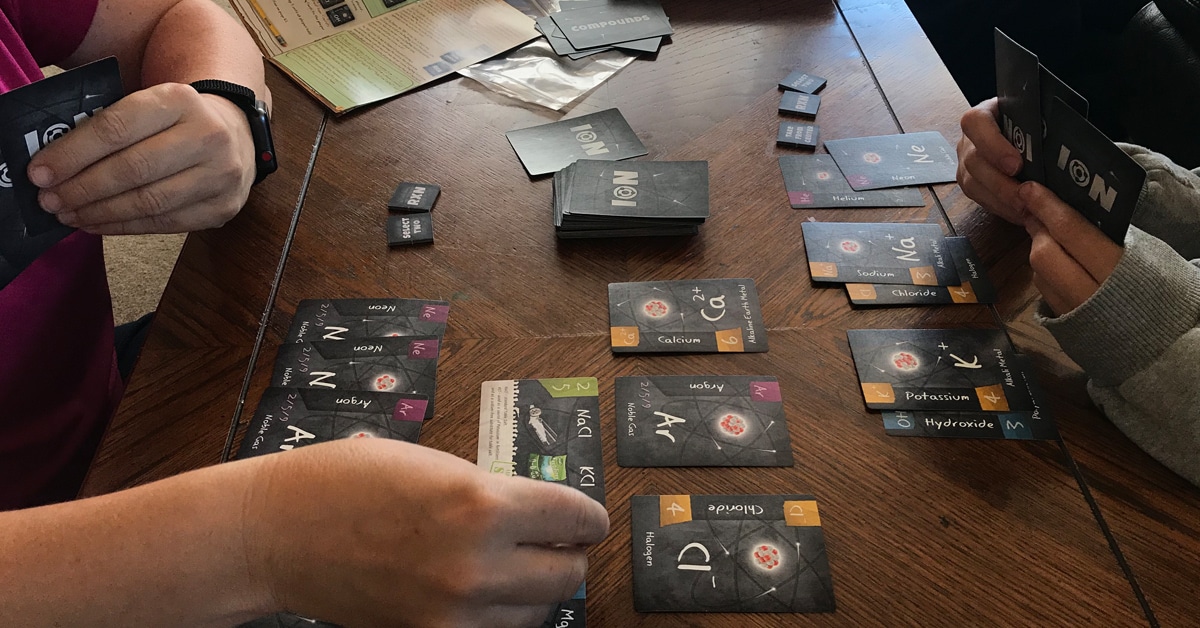 ION is a light, fun drafting game similar to Sushi Go! where you are drafting cards over several rounds with the goal of combining positive and negative ions to form compounds. You don’t need to know anything about chemistry to be able to play, but it does make it fun to know what compounds you are building.

Use this online simulation to explore ionic bonding—a type of chemical bond formed between two ions with opposite charges. Investigate how the transfer of electrons between atoms creates ions and how the mutual attraction of these charged particles forms ionic bonds. Also learn about trends in the periodic table of elements, and explore how the structure of an ionic compound relates to its formula.