As I shared previously, I wanted to provide my high school age children with a solid foundation in chemistry to jump start the new school year. We are off to a good start (see my previous post on the nomenclature of chemical compounds) and I am delighted to share the next lesson with you today – the first of two on chemical bonding. We are exploring covalent bonding.

As before, the lab materials and supplies from Home Science Tools have been critical to the success of this unit. I have been able to replace lab tools like my Digital scale which was mistakenly knocked off the counter a few months ago as well as discover new resources for extended studies. 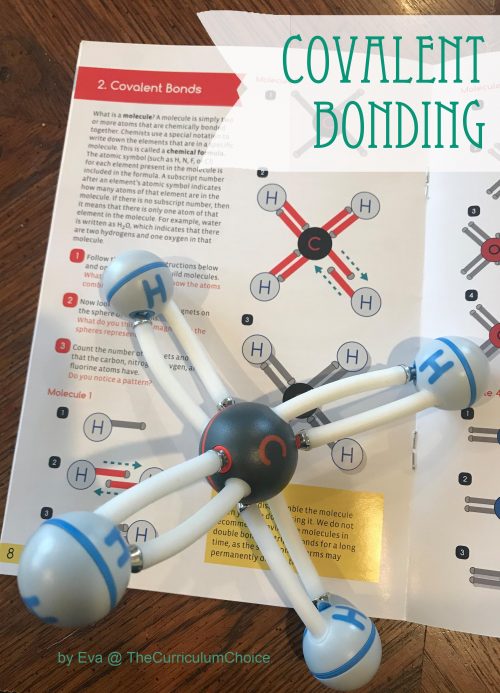 Irving Langmuir first introduced the term “covalence” in 1919 stating, “we shall denote by the term covalence the number of pairs of electrons that a given atom shares with its neighbors.” A covalent bond (sometimes termed a molecular bond) is a chemical link between two atoms or ions where the electron pairs are shared.

1. Write a short caption under each picture to describe the process of covalent bonding.

2. What are two conditions atoms must have in order to form covalent bonds with one another?

3. Why is a hydrogen molecule (H2) more stable than two individual hydrogen atoms?

4. Why can’t a third hydrogen atom join the H2 molecule to make H3?

What is produced when the covalent bond in water molecules is broken?

Materials for Each Group 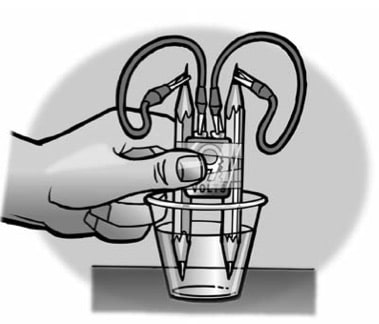 5. What were the bubbles made out of in this activity?

6. Why was there more hydrogen gas produced than oxygen gas?

HINT: Use the Happy Atoms models to help you. Look at the number of hydrogen and oxygen atoms that bond to form a water molecule. 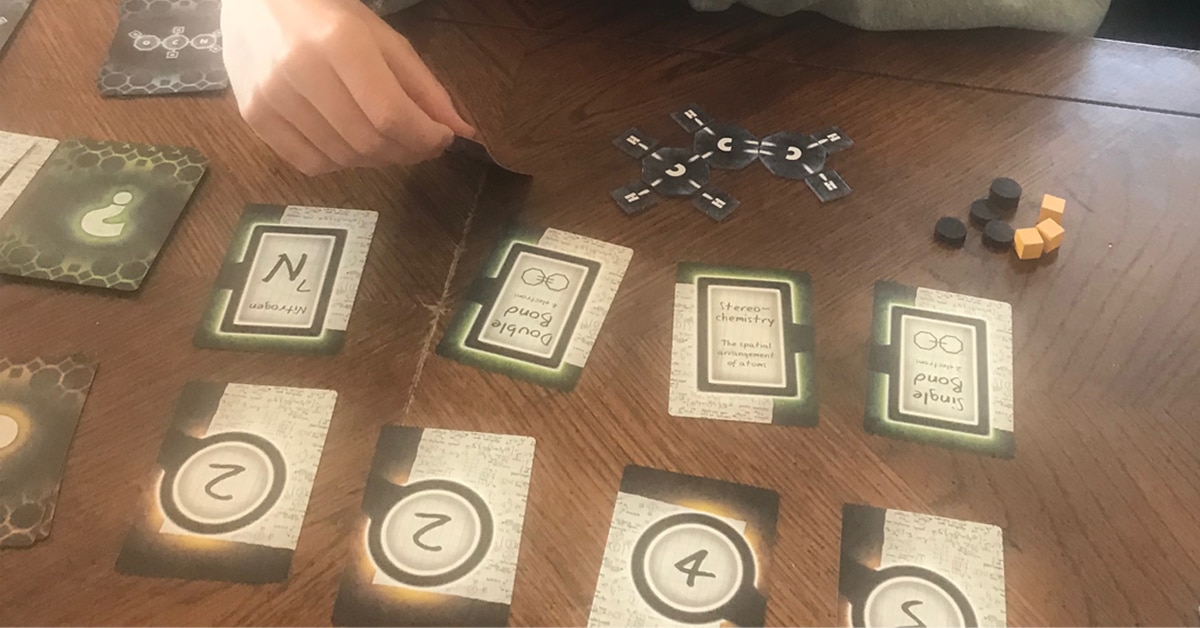 Use this online simulation to investigate the attractive and repulsive forces that act on atomic particles and how the sharing of electrons can keep atoms together. See how two hydrogen atoms interact with each other to create a covalent bond. Learn about trends in the periodic table and how electrostatic potential energy determines the bond length.

In my next post, we will investigate ionic bonds and undertake another lab activity. Don’t forget your notebook!