The Evan-Moor company has become one of my favorites over the past couple of years. Even though they don’t write curriculum specific to homeschoolers, I’ve found that much of their material is suitable for those of us who teach at home. One of my most recent Evan-Moor treasures is called The World Reference Maps and Forms. Why do I love this so much? Being a mom who enjoys designing her own lessons, this book provides me with 92 maps covering the entire world that I can find and copy at a moment’s notice! 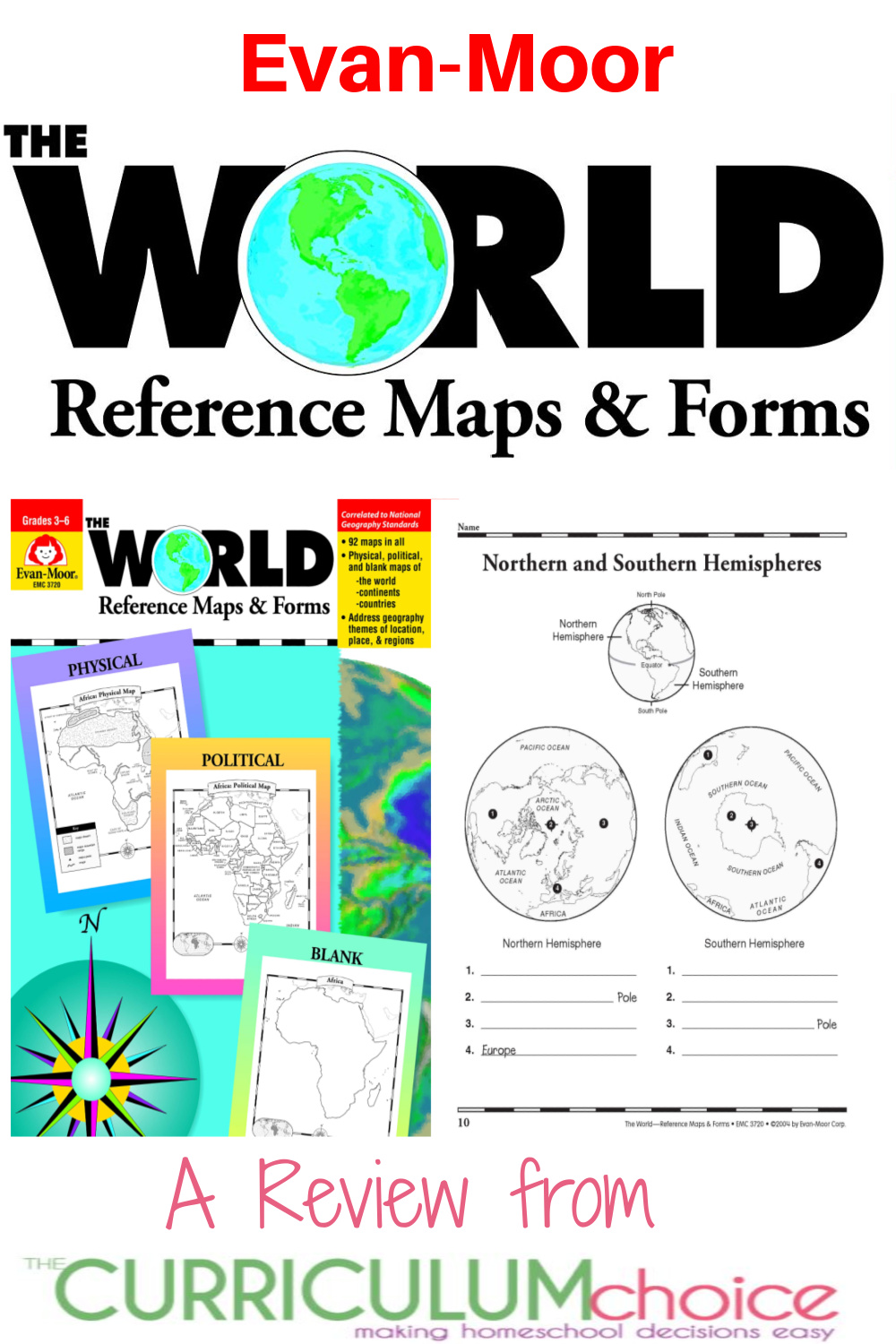 A Look Inside Evan-Moor The World Reference Maps and Forms 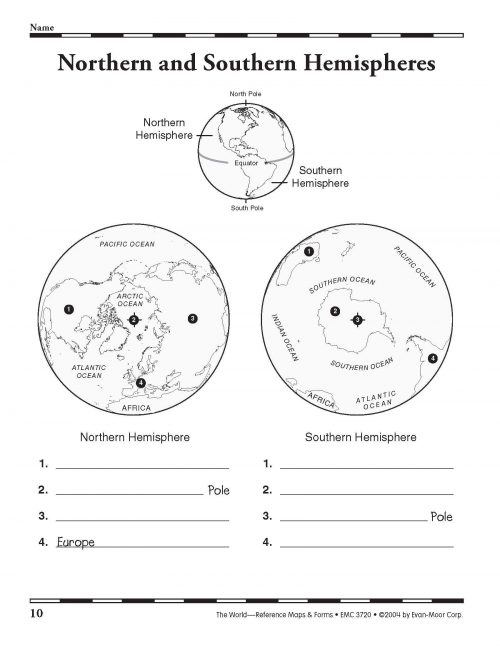 The first section, The World, includes:

The second section, The Continents, includes:

Antarctica and the Arctic Region

Maps are included of all seven continents, with North America getting some extra special attention on each of its countries. For each section you will find a labeled and unlabeled political map and physical map, as well as a blank map. There are also maps that break the continents (and North American countries) into regions.

Many of the maps include places for a child to label things like countries, rivers and oceans, while other maps are just plain old maps. In other words, you can choose between a map that is already labeled for the child to color certain areas, a blank map that the child must label themselves, or a map with a specific exercise in labeling.

Before each continent’s maps, there is an introduction page giving all sorts of information about the continent. All the countries are listed in alphabetical order telling you the exact number of countries that can be found there. A small section of facts about area, population, elevation and a few other tidbits are given as well.

Also included is a section on the world where you’ll find maps teaching hemispheres, latitude and longitude, Robinson Projection, oceans, and more.

Each page is uncluttered in black and grey print on white paper. A simple border goes around all the maps for visual interest and a small world or country map is included with all focused maps to help you see where the particular area fits in “the big picture”. For example, if you are working on an activity about West Africa, there will be a small map of the entire continent of Africa with West Africa shaded in. This helps you to know where in the world you are.

Simple keys and/or a compass rose are included when necessary. All the maps are clearly labeled at the top, so no one is ever confused about what is in front of them. For instance, a map of Russia will say, “Northern Asia: Russia”.

Besides maps, in the back of the book you will find a “Continent in Review” form which can be used for any continent as a mini-report. To review some geographical terms, a crossword puzzle and word search are included, too.

If you choose to work through the book map by map, your child will gain a vast amount of knowledge about mapping, the world, and its places. If you choose to only use the book as a reference to copy particular maps when you need them (as I do), your children will be greeted with a very clear map that will be a great addition to your particular lesson. In this case, although the book is recommended for 3rd through 6th grades, I think the maps could be used for a much wider age range.

You can choose either a printed copy or an e-book version for $18.99, which I believe to be a very fair price. To see for yourself, I encourage you to visit the Evan-Moor Website to see sample pages and purchase the book.

You can also purchase the print copy at Amazon.

Visit www.evan-moor.com to find other great resources for your homeschool.

Originally Published May 2009 by Cindy West, a Charlotte Mason, Classical, Unit Study inspired of mom of three from KY.  You can also find her at Our Journey Westward.

The biggest reason Cindy chose to homeschool was because she loves experiencing life with her children and watching them grow inside and out. She's sure that’s why the Charlotte Mason method first caught her attention. It allows her to be creative in scheduling, rigorous in learning, yet opens the door for plenty of close-knit time, opportunities for her children to explore their interests and offers enough free time for them to be children. She implements many of Charlotte Mason's methods with an eclectic twist of things that work for her family! At Cindy's website, Our Journey Westward, you will find a blog packed with fun learning ideas and a shop full of creative curriculum, including the NaturExplorers studies. 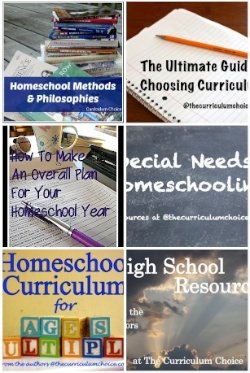