I don’t know about you, but Shakespeare was not my favorite topic in high school. While I loved English and writing, I always felt so bogged down by the language in Shakespeare. For this reason I put off covering Shakespeare for a long time with my oldest child. Then I began to find awesome resources for introducing Shakespeare earlier in the academic spectrum than high school. 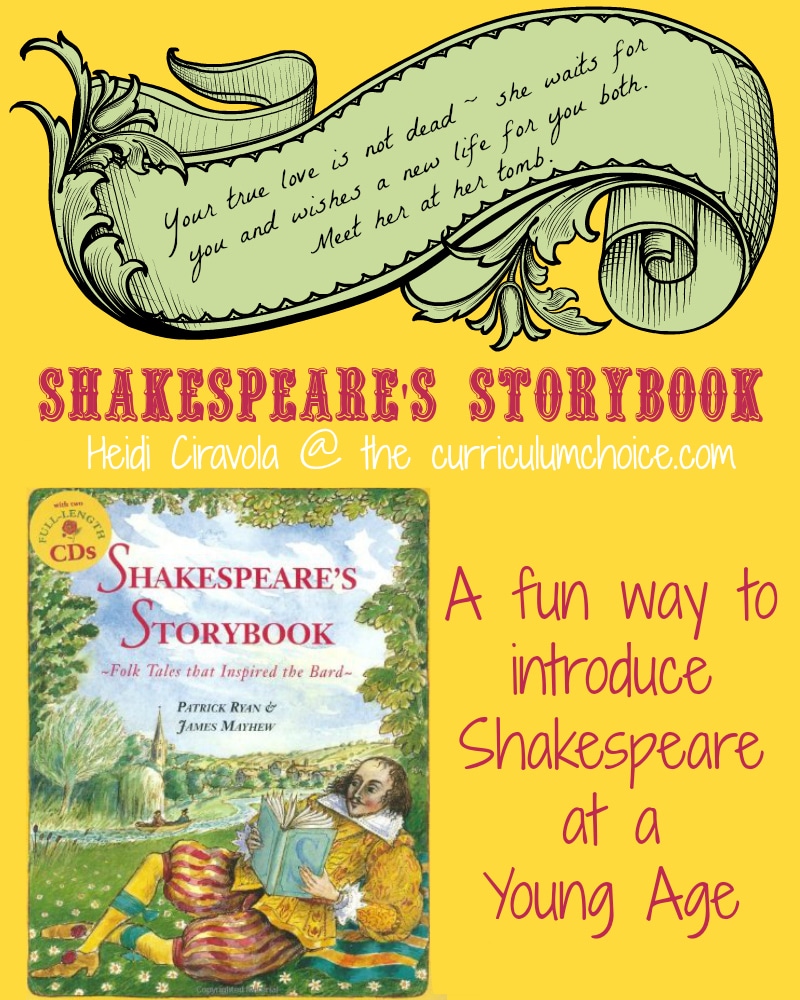 I fully believe that introducing Shakespeare is a case where the earlier, the better applies. Luckily for us there are tons of ways, and many resources to help us do that!

Today I would like to introduce you to Shakespeare’s Storybook ~ Folk Tales that Inspired the Bard by Patrick Ryan & James Mayhew.

Did you know that Shakespeare didn’t just create all his plays right from his head? I didn’t! Shakespeare’s Storybook is a book of folk tales from places like India, Greece, and Peru that were the inspiration for many of Shakespeare’s plays.

What is included in Shakespeare’s Storybook: 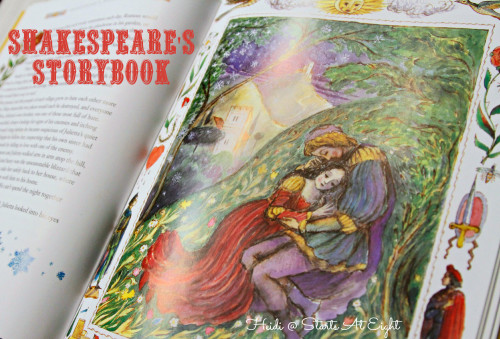 How we use it and we like about Shakespeare’s Storybook:

Shakespeare’s Storybook is a fun and interesting way to begin Shakespeare with younger children. I firmly believe that if you introduce Shakespeare at a young age, with simpler and more engaging resources, then the full plays will be much easier to understand, and possibly more enjoyable for high school students.

Homeschooling for 10 years now, Heidi has children at each stage (elementary, middle and high school). At Starts At Eight you can find her writing and offering resources for middle school, high school, and many unit studies to span the ages.

Heidi Ciravola is mom to three kids who were all homeschooled. Two have graduated college and one is finishing homeschooling high school. She spends much of her time navigating the high school waters (from electives to college prep) and reviewing homeschool curriculum for all ages. You can find her writing about these things as well as her love of books and homeschool life in general over at Starts At Eight.