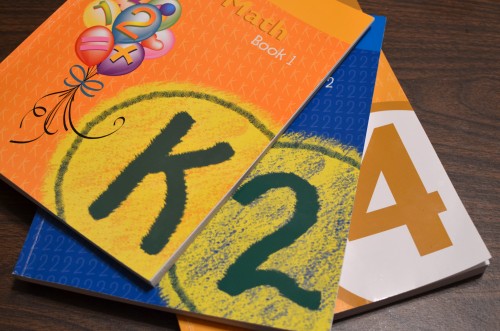 We have really struggled with math in our homeschool. I think that it is partly because math just isn’t our strongest subject. For a few of my children it is also from not learning certain concepts thoroughly in public school.

Because of these things we have also struggled to find the right math curriculum.

We have recently gone back to the math we started with – Horizons Math. I think leaving it the first time was because of the number of children needing one-on-one help. I wish we had stuck with it!

We have been using Horizons for a few months now and the children are doing really well with the spiral approach in math. 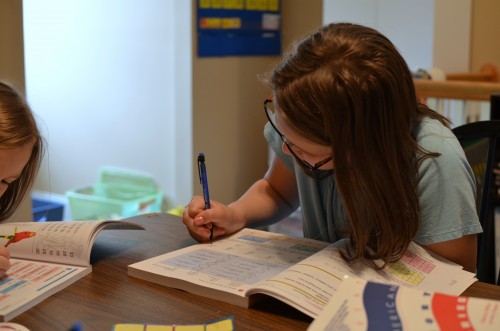 Horizons Math covers much in each level. It also covers some concepts like beginning algebra sooner than in other programs we have tried. The good news is that these concepts won’t be scary later on, as they are introduced very gently.

Horizons is a bit advanced, so we are not using per the grade level our students are in necessarily. They would have been further if we hadn’t tried other curricula but we live and learn I suppose. 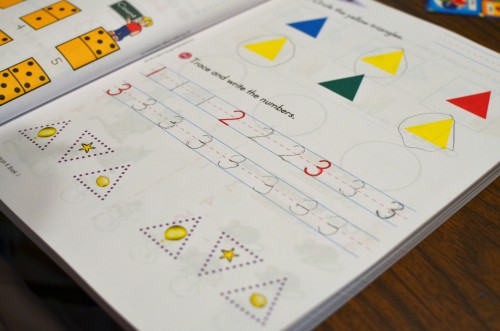 I rarely have to use the teacher’s manual because Horizons does a great job at self-teaching with examples and brief explanations. The lessons themselves are in-depth and cover new concepts as well as reviewing things previously learned. I know my children forget concepts without the spiral approach, so this is a great fit for us. 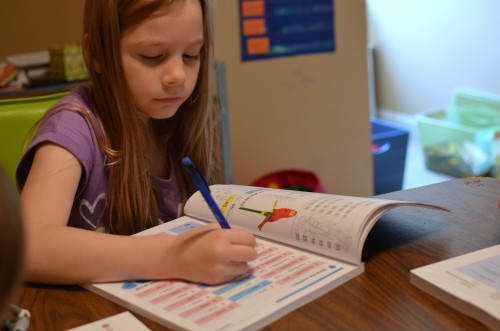 Horizons Math is the strongest math curriculum we have used. See the scope and sequence, starting on page 5. Timberdoodle has a sample of each level.

I suggest using the placement test before jumping in to buy a level.

~Written by Sam of Sam’s Noggin.

Sam is a Christian homeschooling mom of six, married to Rick, her high school sweetheart. Rick was called to be a preacher, Sam was called to homeschool, and loves blogging about their journey. Her family leans on the Charlotte Mason, literature-based side of eclectic home education. Sam is interested in Bible study, photography, exercise, organizing, and sweet tea. You can find her blogging over at Sam’s Noggin.