Sonlight lists their levels for varying age ranges, but I prefer to keep my learners at the later age on their curriculum. Many of the books, regardless of difficulty to read, can have thick topics within. I just find this works best in our home. 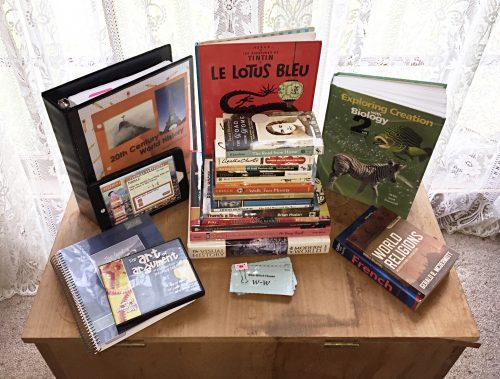 It was our intention to use Sonlight curriculum for at least one of our children’s high school needs, although I confess I was a little leery as the high school Cores are different from the younger years.

Yet, we purchased Core 100 for our eldest and aside from a few minor grumbles he enjoyed his year. So it was with excitement that Core 300 was purchased, arrived, and sorted onto the book case in our home.

How We Used Sonlight Core 300: 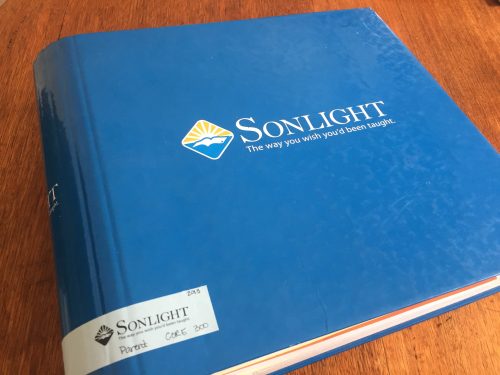 My son was really excited about spending a whole year on more modern times, but semi leery. I’m going to admit that the write-up in their catalog about this Sonlight Core 300 level is not endearing. In fact, it’s downright depressing with the over focus and mention of the negativity of the 20th century.

Not one to be daunted by such things, we delved in anyway. There are two spines for this level, but oddly they do not differ in content which we found quite bizarre. In younger years the students were often given multiple spines and read from varying view points. We then discussed where the middle ground might lay and opinions of our own.

It was odd not having that same pattern in a high school level where deep discussions are bound to happen anyway, and where one would especially encourage such discussions. Nevertheless my son and I met each morning at 8am and read his spines for the day.

Then, after a filling breakfast and time together with his younger sibling he’d move on through his literature and history readers on his own. We’d meet later in the day to discuss what he’d read. 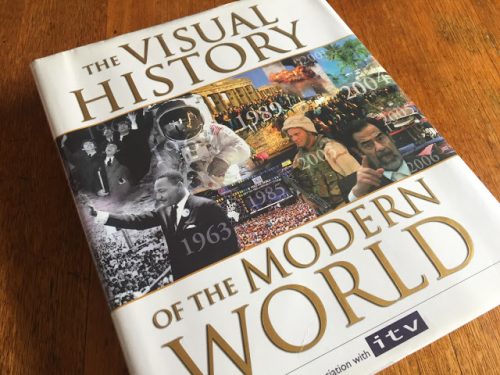 I don’t mind reading aloud to my kids, even my teens. It’s a cherished part of our day to be honest. But I’m not going to lie. These Sonlight Core 300 spines were… politically bent. Heavily so in fact. We reached a point where we found them painful to read, annoying, focused on the wrong aspects of the 20th century. Eventually we stopped using it altogether.

I found it quite shocking that something as simplistic as the landing on the moon could be so overly politicized and hearing the infamous quote of Armstrong spoken about with such contempt. I wondered if it was just our copy which was printed in the UK vs the USA. So I purposefully sought out other Core 300 users and learned that sadly it made no difference. 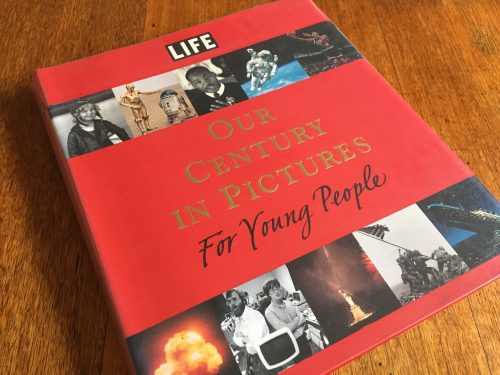 There was over glorification of movie stars, musicians, bands, drugs, rejection of authority, and “extreme” wrong doing of the US Military. There was no counter balance for any of this, which was quite shocking.

We read a 2+ page spread all about the latest rock and roll band of its day. We read a half page spread about how the only reason drugs were made illegal was because those who used them were thought to be disrespectful to law enforcement members. Then there was a quarter page spread that amounted to nothing of value about the demise of Martin Luther King, Jr.  There was no mention of Roe vs. Wade, but a very lengthy 1.5 page spread about birth control and the power it gave women.

Now, here’s the thing, if I picked up this book from my local library, second hand shop, local book seller, or any number of other places, its content would not have shocked me. Annoyed me? Sure, but shock? No. So why am I shocked that Sonlight used it as a spine?

Sonlight speaks of being a Christ-centred curriculum, but where was the focus on the Christian movement in the 21st century? Limited to a quarter of a page about Martin Luther King, Jr. No mention of Roe vs Wade. There was no mention of Mother Theresa’s mission work, no mention of Crusades for Christ {an on campus college missionary campaign}, no mention of Billy Graham, or any other of the other Christian organisation. I expected more, or rather better, from a company with such a slogan.

Now, before I’m chided, I’m fully aware, as an American living overseas at this time, that history is incredibly biased based on who wrote it, where they live, and their view point. I can accept that. But I also expect my children’s American curriculum to present facts – not opinion, and allow the children to create their own opinion based on the facts presented to them. 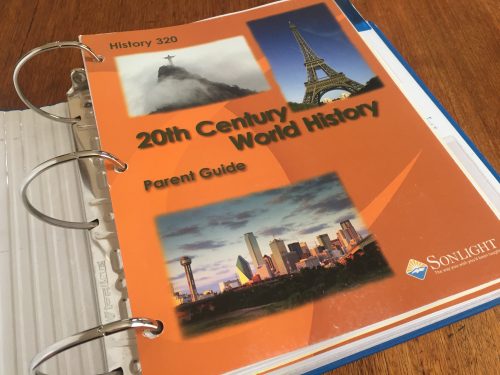 Further, for us was the fact that the Sonlight Core 300 spines were so not even close to pointing anyone back towards Christ, much less starting with Him, that we dropped the books entirely and pulled out MOH IV to replace them with. Sadly, my son learned more about the Bay Of Pigs in having him read about it in MOH IV, than he did in his original curriculum. With MOH IV he was also able to cover The Formation Of Israel, Mother Theresa, Billy Graham, Roe Vs Wade, and more.

We also opted to drop a hefty amount of the literature before I threw my hands up and sought something better. Please note, that I do not make an effort to censor that which my children read. You can read my view points on that here to help clarify why we, as a family, struggled so deeply with a vast majority of the literature that was scheduled in Core 300.

For me, I don’t care what most high schoolers are reading anywhere in the world. My student can hear about those books and choose to read them anytime he wants. I would expect my Christian curriculum to pick good quality solid books of worth that will challenge my child, help him grow in character and faith, but books that make my child uncomfortable due to excess inappropriate content are not what I expect.

I didn’t feel books like Brave New World or The Metamorphosis even come close to accomplishing that goal. History readers like Labor’s Untold Story were another insane book, in which the student was scheduled to jump from hither to yon because even Sonlight recognised the over biased communist view held within its yellowing pages.

To compound the entire situation Sonlight has yet to appeal to the cries of its multiple high school customers and come up with a four day schedule. This isn’t a big gripe, but to be totally honest with you it does annoy me. There is no emphasis put on their high school curriculum in regards to freshening it up, or accepting that not all high schoolers are fast, or interested, readers. There’s no grading rubric, there’s no course description. If your student needs to work on multiple other subjects outside of history and literature you will likely need to make dramatic changes to the schedule in order to make it work in your home.

The guides are incredibly huge and heavy as they’ve pulled the Literature out of the main guides. Now I know this serves many families well who want to mix and match the literature, but for us we found it cumbersome and irritating to have two tiny grids on two full sheets of paper instead of having it all on one page.

The notes. Oh my goodness, the notes. I know this is a bone of contention amongst some, so please understand this is simply my view point. I am not interested in the mindless ramblings of the authors for constituting a differing view point. By the time my students are teens forging ahead in their education. I do not want to spoon feed them information, but rather have them read differing view points and find the fallacies, the outright lies, the misguided information themselves. Allowing them to draw their own conclusions. I found the notes to be an extreme waste of space within the content of the guide. Endless ramblings about things that amounted to nothing. No warning of excess language in books, but a warning about a brother who plays a mean prank on another brother. It was truly mind boggling. 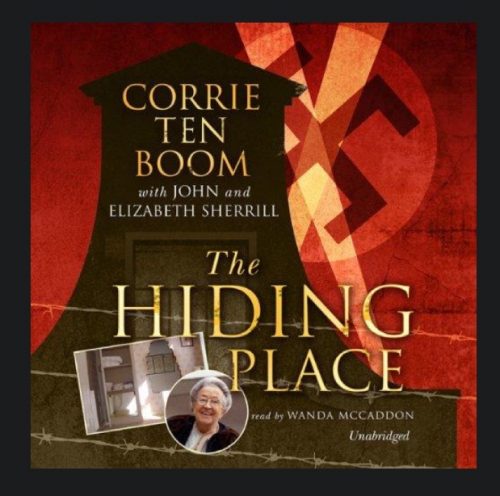 Now, I want to be totally fair, there were some beautiful books scheduled in this level that we loved. The Hiding Place was an absolute treat to pull off the shelf and share with my son, to have whispered conversations about in the early morning hours. The awe we felt, at Ten Boom’s courage and faith, called us to cry out, time and again, for our own to be strengthened. To look up the Museum and dream of a field trip, to discuss the depth of Ten Boom’s unimaginable forgiveness as she looked into the eyes of her oppressor. It is a story that will forever leaveit’s mark on my son’s heart and one we still discuss months after reading it.

The Great Brain, while incredibly below the level of books you’d expect to find at the high school level was incredibly fun to read and see Tom come about and realise that there was more to life than beguiling his brother and friends. A laugh a minute amongst many other darker books.

The Road From Home and Parallel Journeys were two more reads that left their marks deeply imprinted upon our hearts and minds. They are books we still discuss, coo, and lament over despite the hard walks within them. We’ve recommended them to friends and family alike telling them how hard the story may be in places, but how well worth it the journey will be if they can make it to the end.

I appreciate, despite the way it’s set up, that the books and material was scheduled out. The first thing I look at when choosing a curriculum is if I’m getting a pile of “stuff” I have to scheduled out myself or if the company has already made the plans and all I have to do is hand the supplies to my student and call out, “Enjoy!”

Sonlight Core 300 Over All: 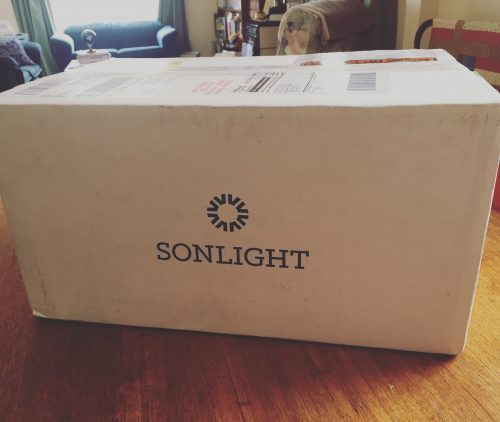 I’ve really wrestled with myself in writing this review. I don’t like to be so incredibly negative about curriculum as I know someone’s hard work went into creating it. To me, that often means that a person’s heart went into it and they are very proud of their work. At the same time, there are few curriculum companies who have offerings for high schoolers and I’d hate not to share our experience if it could help someone else out.

With that said our experience with Sonlight’s Core 300 was enough for us to quietly pack up the books, the good ones and the not so great ones, and decide that it was time for us to seek a different curriculum company as our children finish their high school journey. 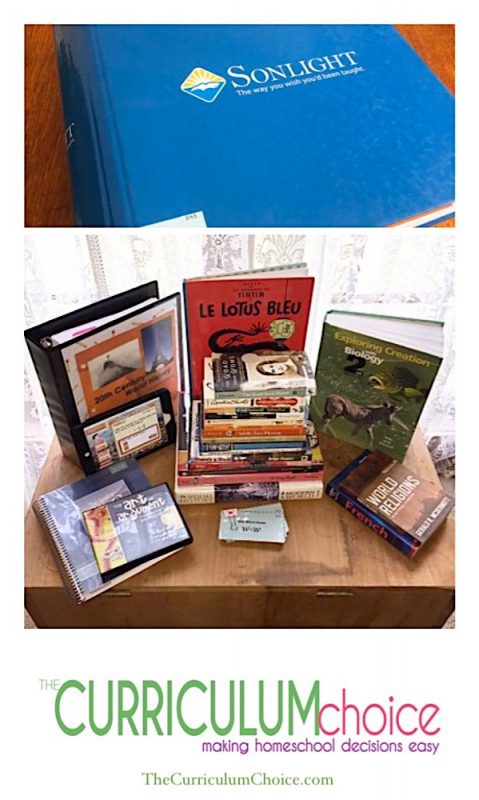 More on our experience with Sonlight Curriculum: